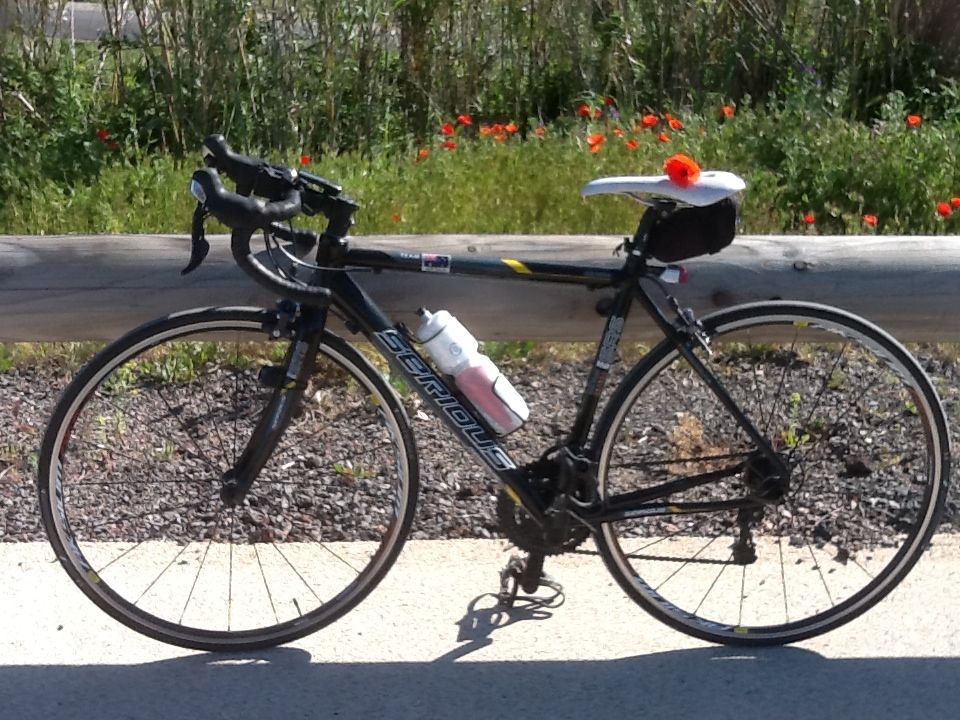 Well everything has been all about cycling for me lately.

I have been so busy for the past month or so that I’ve hardly had time to post,  but I am now going to do my best to catch up.

The first change to my cycling habits came when, through a chance conversation with a Swedish man in our local bar one Friday night, I discovered there is a social group in our village who go out for an organised ride every week. Of course the following week I turned up on the designated morning and voila – I met a lot of lovely French people on bikes, as well as an English couple who live in our village and also cycle with this group.

The next change for me came in April, when I joined in a cycling challenge called 30 Days of Biking. This came about because I was trying to increase my cycling anyway (in an effort to decrease my expanding waistline) and I thought what better way than to have a commitment for a whole month where I had to get out on my bike every single day, no matter what.  And due to the cool spring weather, yes, that meant actually going out in the pouring rain a couple of days. Silly? Yes, but I am glad I actually did it.

This all meant that I cycled over 1000km during the month, saw much more of the countryside than before and became the bearer of a waistline trimmed down by 1.5kg that month- what a great result, and what great spring scenery I saw.

Wet days by the beach 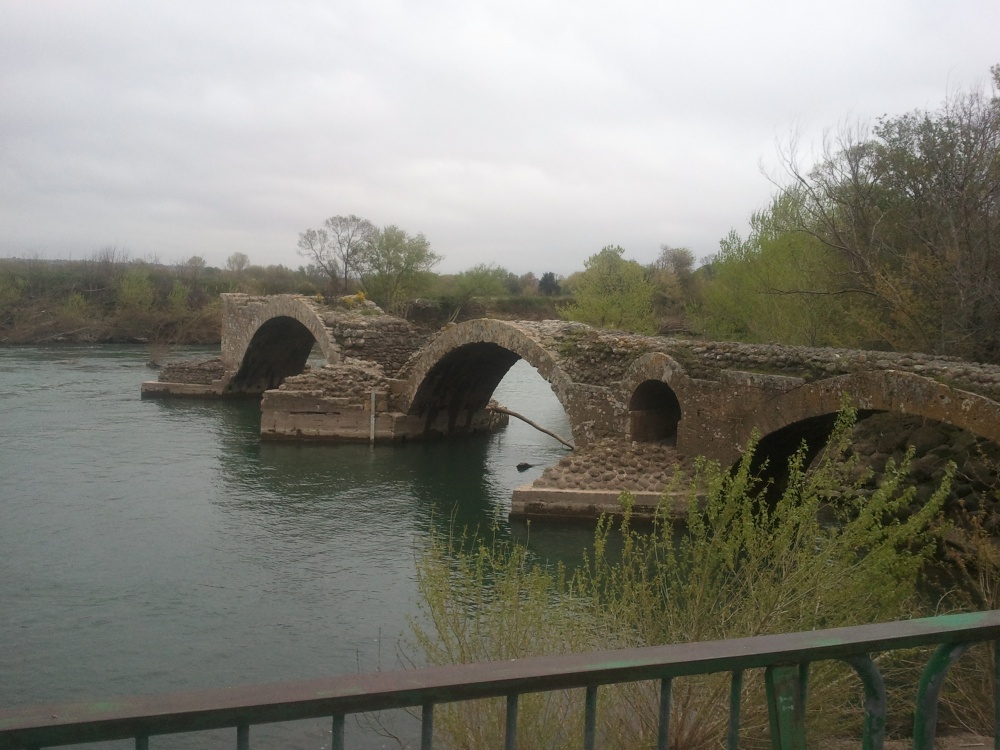 Remains of a roman bridge 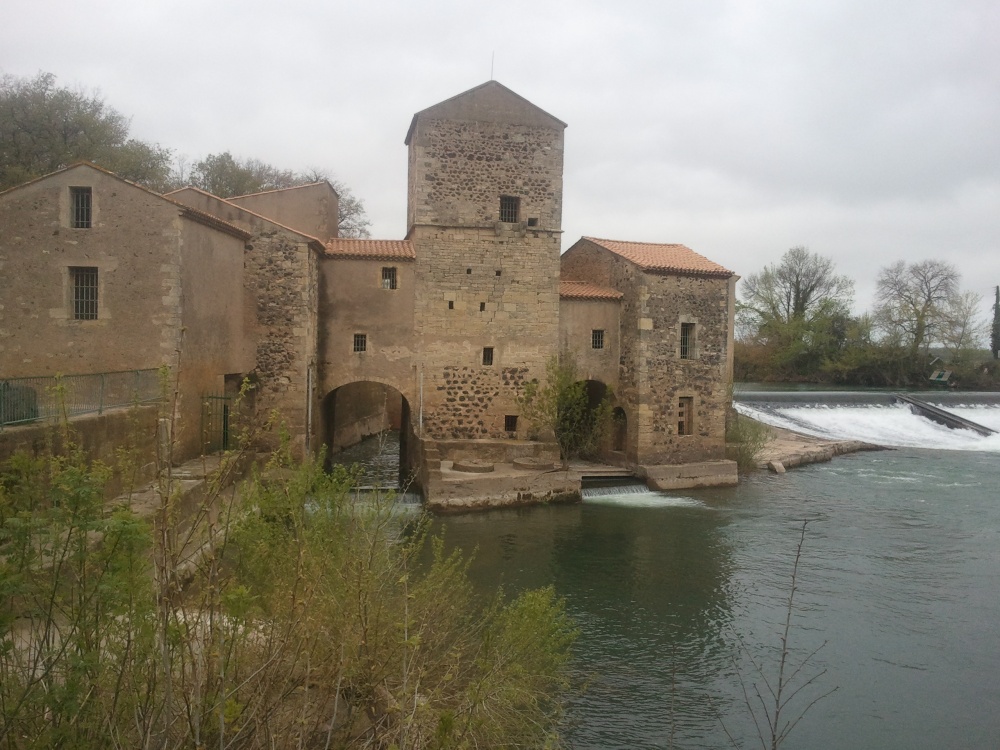 Spring in the Languedoc is spectacular

A church outside Clermont L’Herault 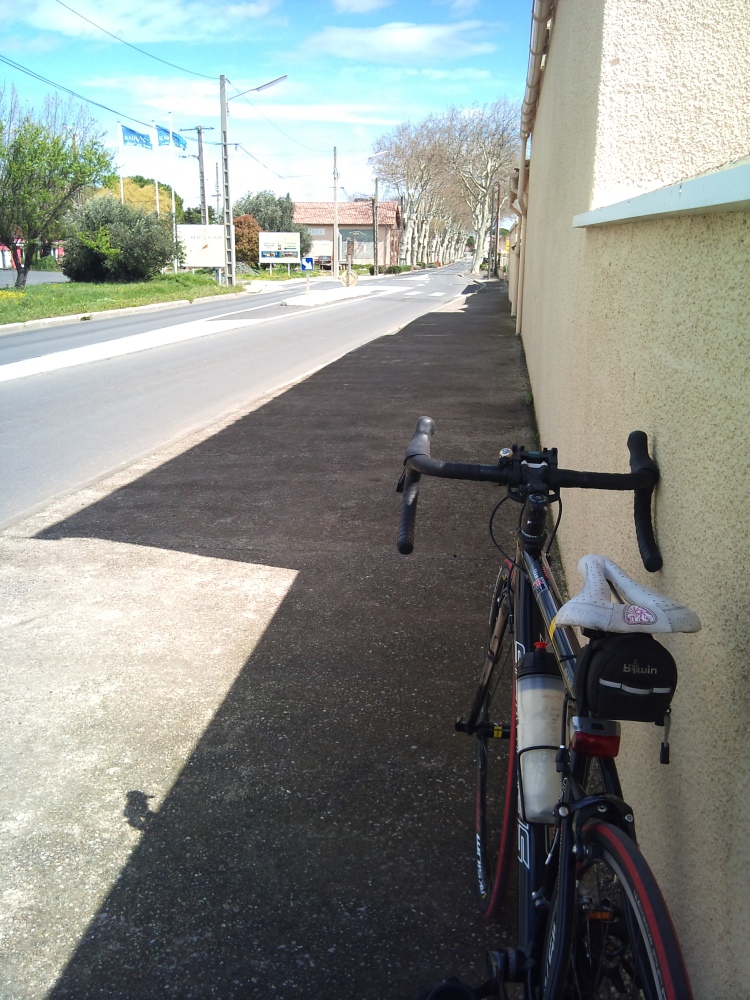 Quick stop in a neighbouring village

Playgrounds on the beach

Those popup restaurants are now open…

… making a perfect spot for lunch after a long ride

Another new thing I got into during April was some regular “randonee” rides. This is where the local cycle clubs (and it seems there is an active club in every village, and I mean EVERY village) organise Sunday morning rides that are open to all riders, comprising a short route (usually around 70km) and a long route of 100km. For a small fee you get a map, markings on the roads to follow, a decent refreshment stop along the way – and being French this does include wine and chocolate – and another at the end.

Along with TC and some of our new cycling friends from our village, I entered into three of these randonees, and what a lot of fun they are! We usually head off at 7.30am when the roads are nice and quiet, and are home just in time to buy a fresh baguette for lunch. Some of these rides also included some fairly decent hills I might add, so I was certainly challenged at times. And for those wondering, I did do the long route on two of them.

With all this gorgeous scenery, of course I set out to take lots of photos. The other day I was so pleased with all the shots I got, especially since it was the second time we rode this particular route, the first time being with our social group. Now with a group, you can’t really be stopping every five minutes to take photographs, after all the object is to ride and enjoy the morning out. So TC and I went out on the same route  a few days later, when I took all the great shots… only to get home and discover there was no storage card in the camera. Yes, that’s a fail.

However, I did manage to get it right on one day out – this lovely, sunny Sunday we rode along the Canal du Midi into Beziers, and had a picnic lunch in the Plateau des Poetes, a beautiful park in the middle of town. So I’ll finish with some of the nice shots I got that day. Enjoy! 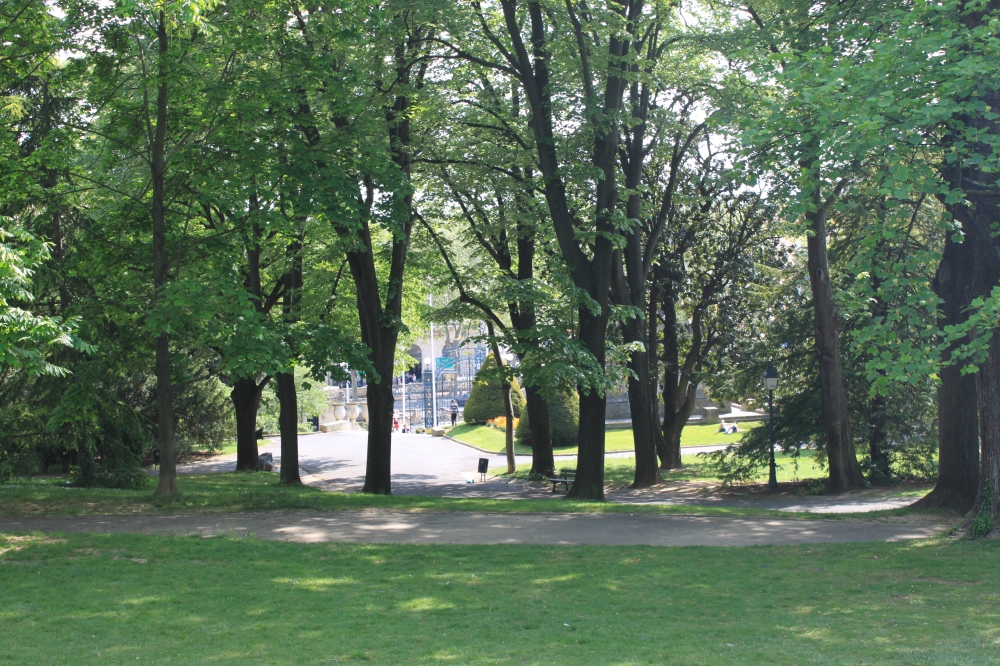 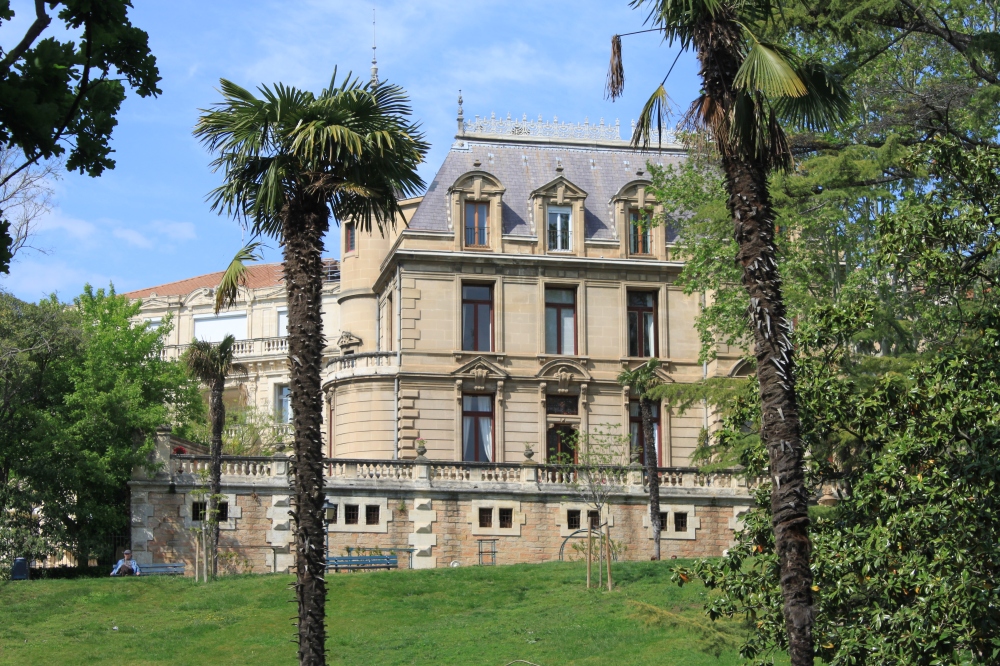 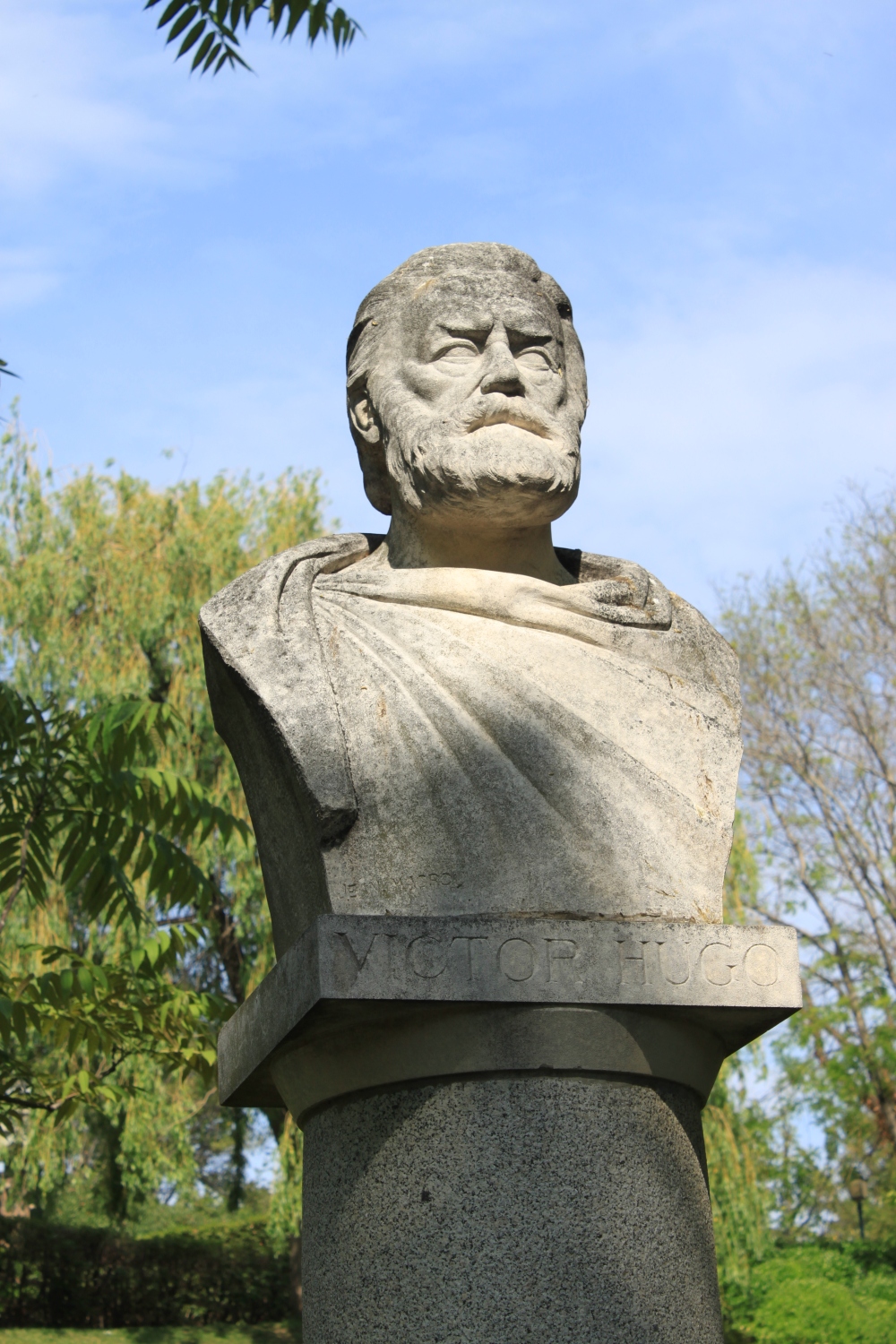 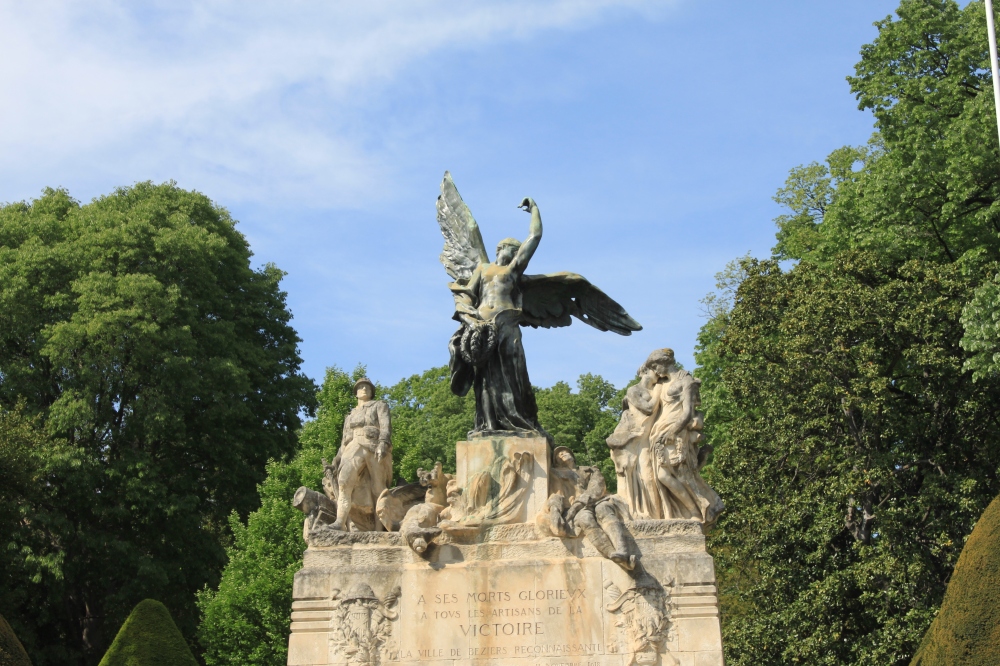 Browsing through lots of the entries in this week’s photo challenge on WordPress got me thinking that I would like to submit a longer entry. But then again, do I really want to do another on the same topic?

Yesterday we went for a long ride, mainly along the beautiful Canal du Midi, and I used TC’s phone to take all my shots. We rode for around 35km before turning back, so while it’s not exactly my “neighbourhood”, it is the area we have been living in and just love.

It was a gorgeous early spring day, sunny with hardly any wind, until this strange sea mist came in on our way back. So today, I just have a little photo essay on our region, as seen from my bike yesterday. 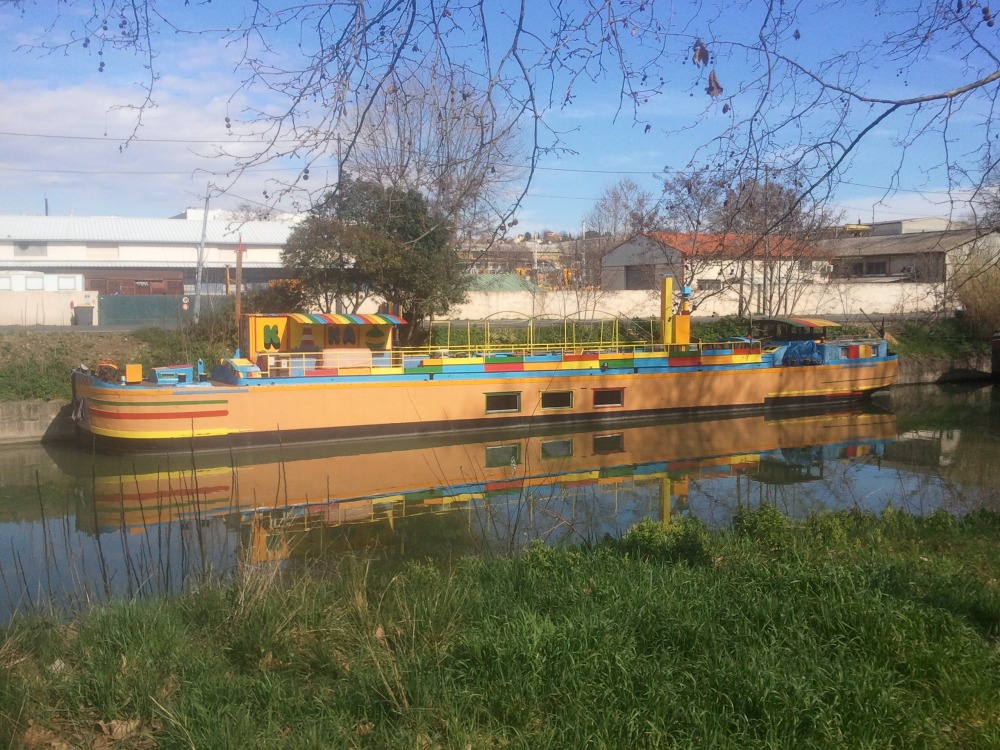 Looking down the Canal du MIdi 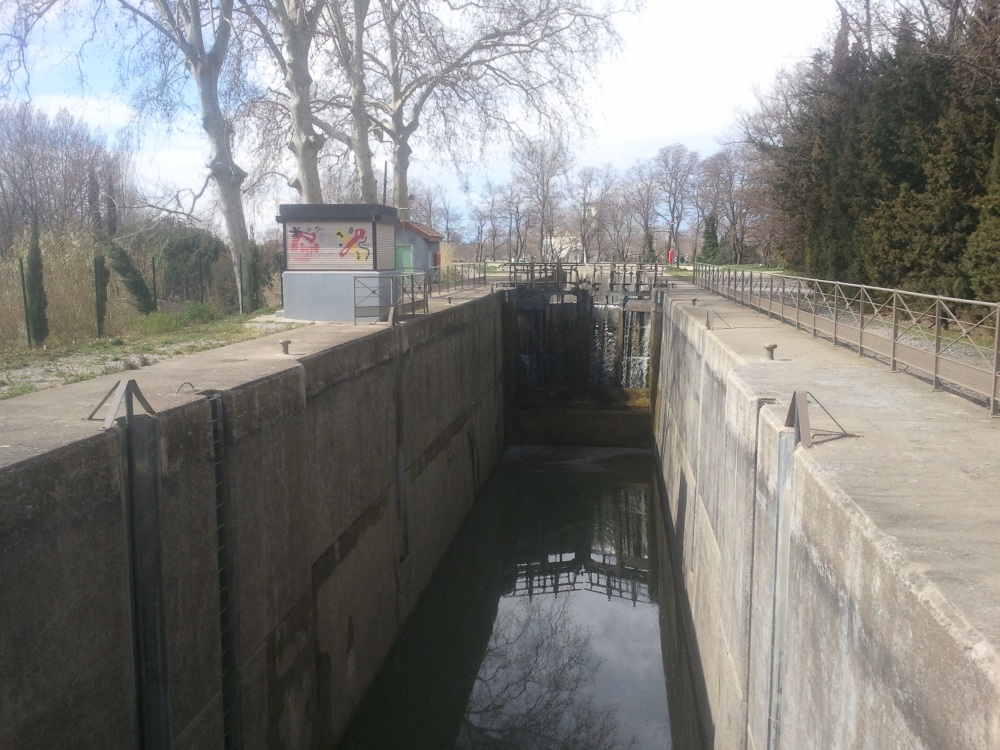 One of many locks, Canal du Midi

Just a duck on a wall 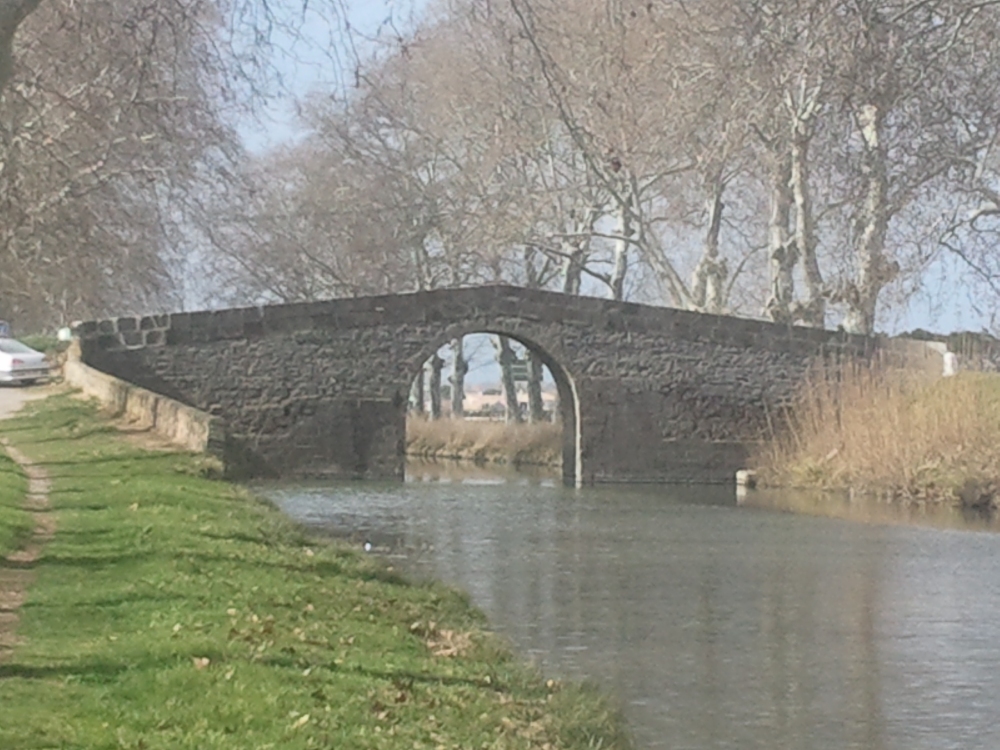 Horses and the sea mist

Horses waiting for their riders 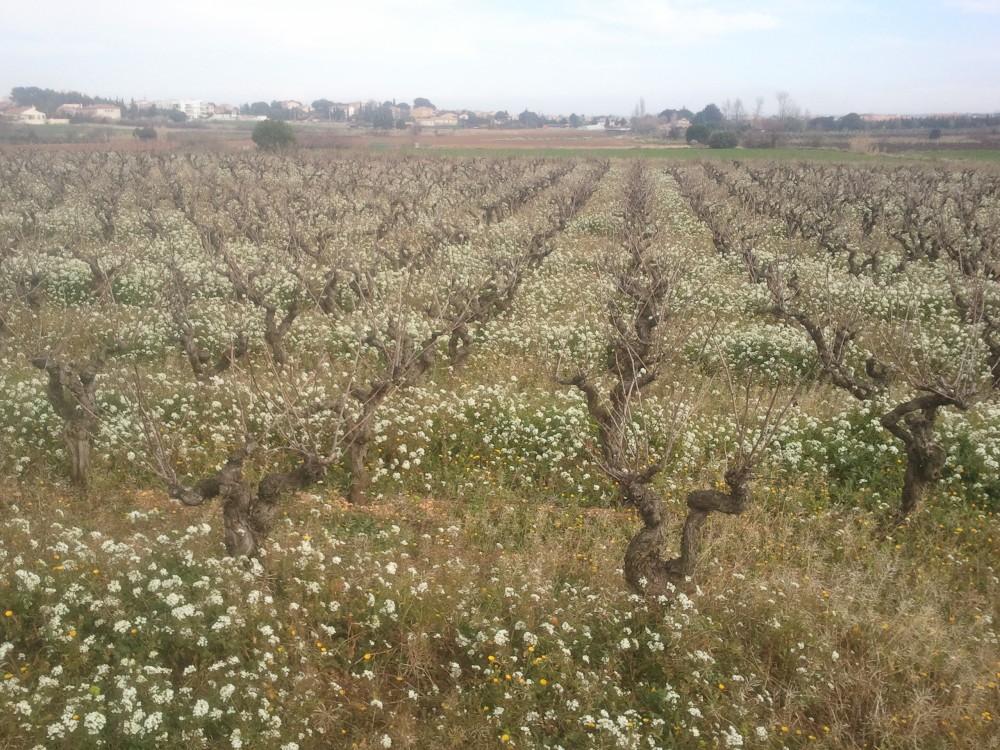 Spring flowers in the vineyards 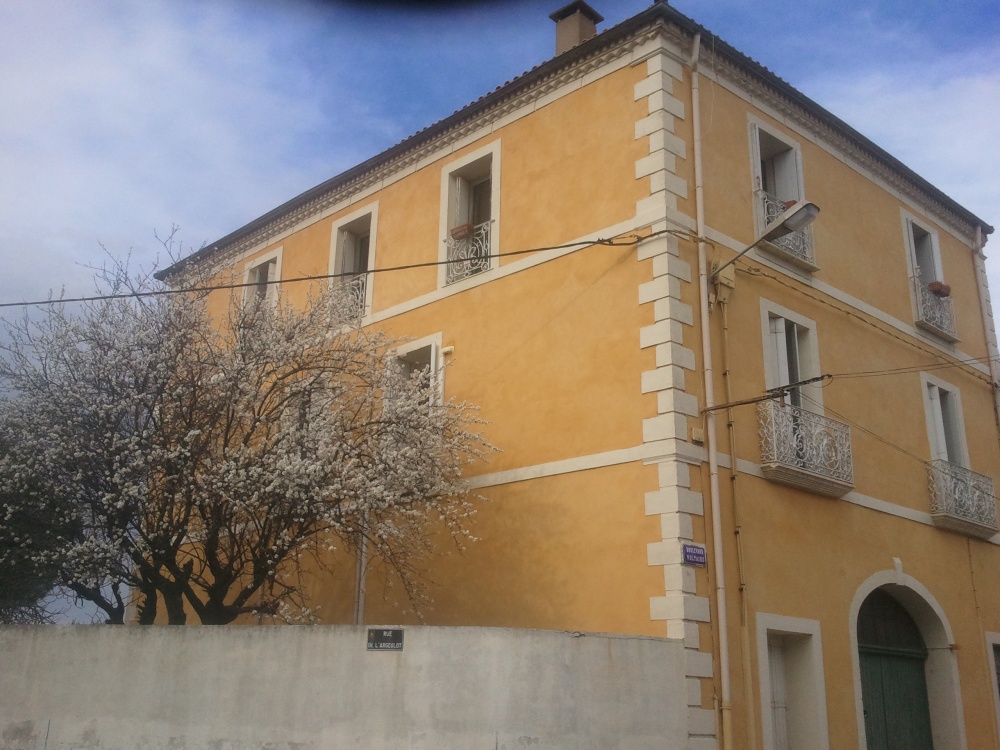 A beautiful house in our village 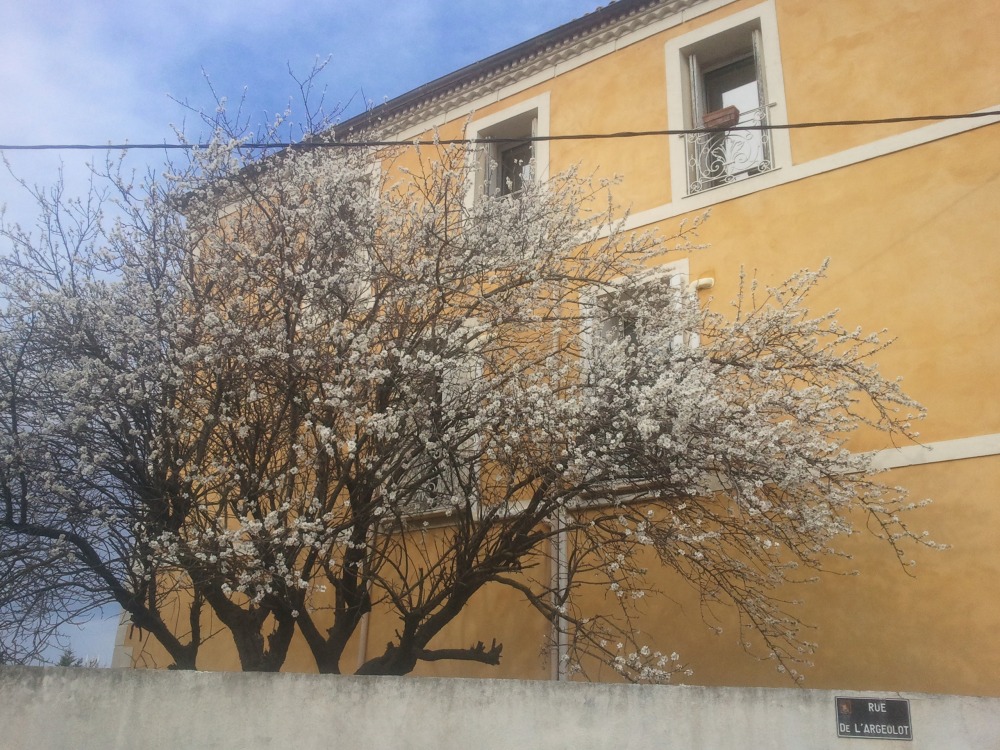 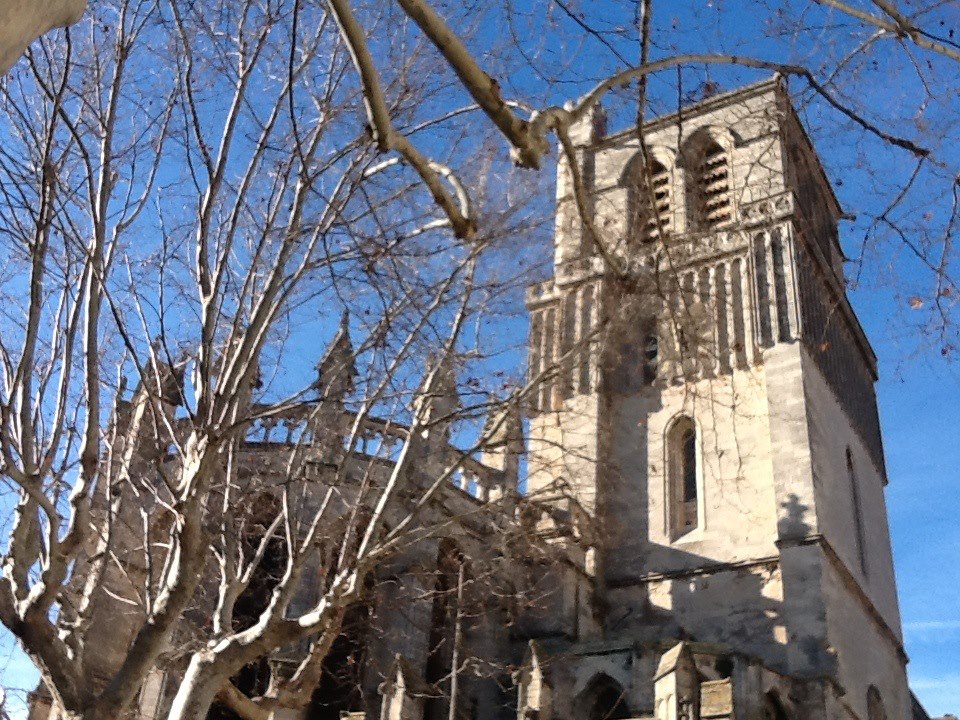 This week we went into Beziers to collect our renewed visas. It was such a beautiful day, we took advantage of the sunshine, strolled around the cathedral enjoying the view, before settling in for a cozy lunch by the fire in Chez Toi Chez Moi.

I loved the way the brochettes were cooked over charcoal on the fire right next to our table. Heaven on a winters day!

We found Chez Toi Chez Moi to be very welcoming, warm and with delicious food. Our friends had the charcoal grilled brochettes (beef, and curried chicken respectively) while TC had the lamb shanks – falling off the bone tender and flavourful – and I had the slow braised pork cheeks a l’ancienne, also extremely tender and full of flavour. All of the meals came with a delicious potato mash and steamed vegetables. You can get a 2-course menu here for only 11€, an absolute bargain for lovely, tasty meals. 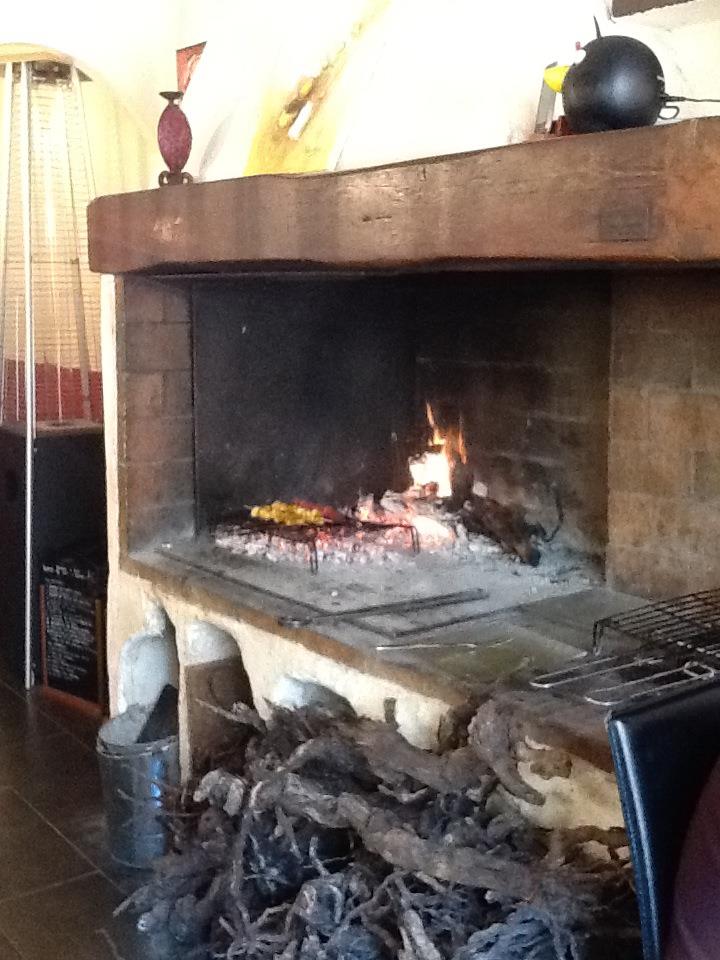 I am glad though that the streets are much safer in Beziers today than they were on the 22nd July, 1209 when the locals (Catholics and Cathars alike) were massacred in the town and in the churches… as this relief above one of the cathedral doors obviously depicts. 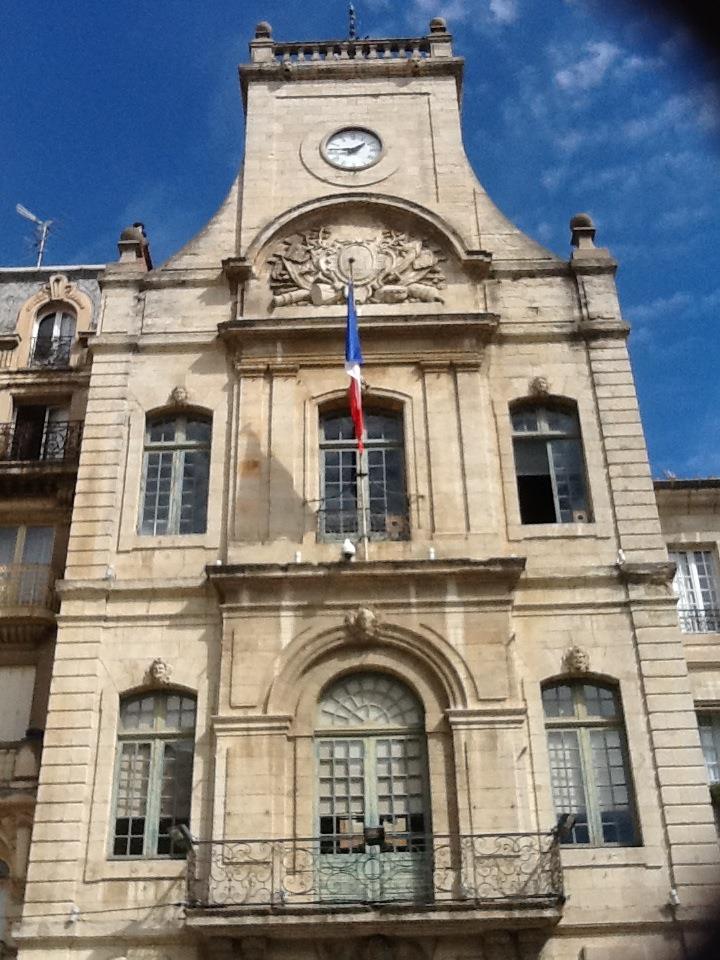 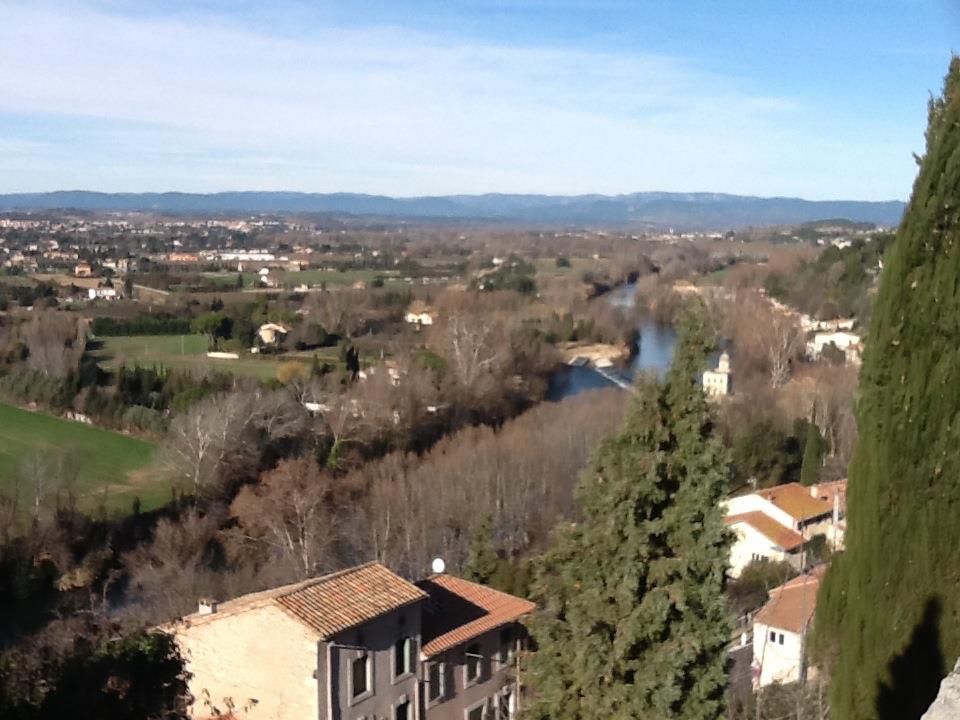 I am very sorry for the poor quality photos – we’ve been busy this week with our friends staying from Australia. Off to Barcelona for a couple of days tomorrow, so I’ll be back next week, hopefully with lots of good  pics & posts to catch up on. A bientot!